An Evening with John U. Bacon 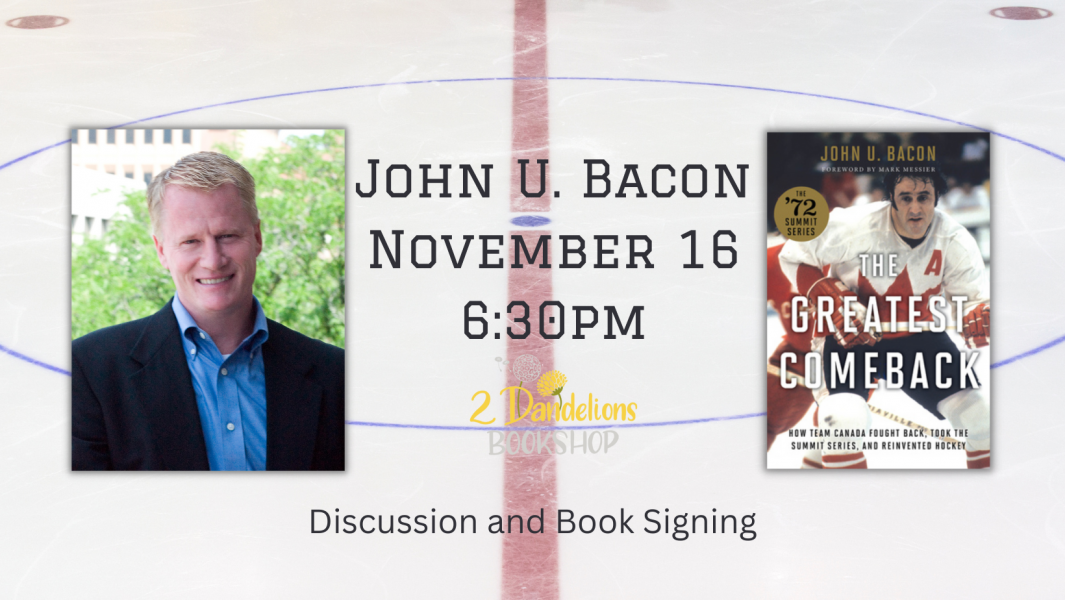 New York Times bestselling author John U. Bacon has written thirteen books on sports, business, health, and history, seven of them national bestsellers. His previous book, Let Them Lead: Unexpected Lessons in Leadership from America’s Worst High School Hockey Team, was featured in the New York Times, and on Good Morning America, which called him “The REAL Ted Lasso.”

His newest title, released September 2022, is The Greatest Comeback: How Team Canada Fought Back, Took the Summit Series, and Reinvented Hockey.

He free-lances for The Wall Street Journal, Yahoo, and others, appears often on TV, including HBO, ESPN, and the Big Ten Network, and delivers weekly essays for Michigan Radio and occasionally NPR, where he won the prize for the nation's best commentary in 2014.

Bacon is a popular corporate speaker and leadership consultant, who occasionally teaches at the University of Michigan, where the students awarded him the Golden Apple Award, given to one instructor annually for "Excellence in Teaching." In 2019, he was appointed as a trustee of Michigan Technological University, where he delivered the commencement speech in 2022.

John is a decent Spanish speaker, an average hockey player, and a poor piano player, but he still enjoys all three. He lives in Ann Arbor with his wife and son.

All are welcome to come to the bookshop to meet John, listen to him discuss his book, and get your copy signed! RSVP here to get a reminder as the event approaches!

Click here for more information about The Greatest Comeback!